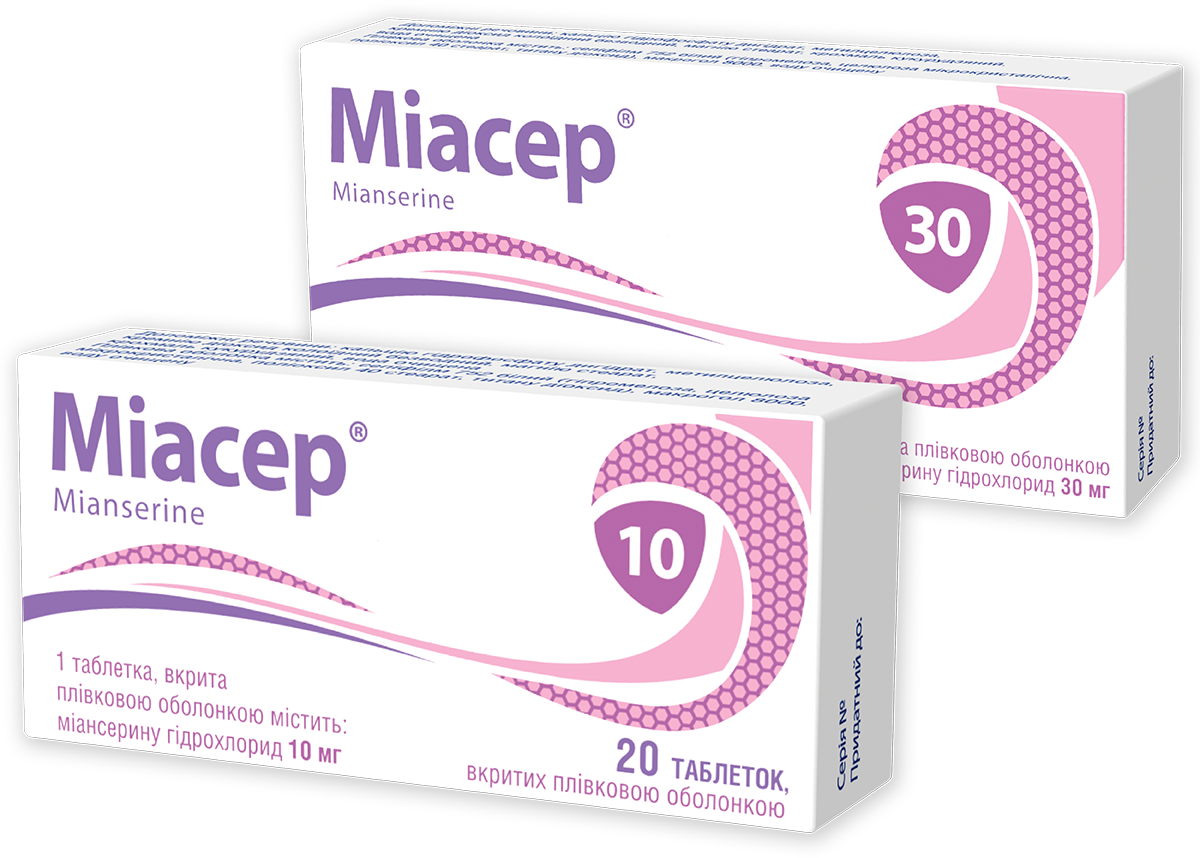 There was a parallel decrease in both autonomic symptomatic and affective symptomatology (anxiety and psycho-emotional lability) in monotherapy with mianserin. Multimodal drug mianserin (Miaser) at a dose of 10 mg/day is appropriate for monotherapy for somatoform vegetative dysfunction due to its effectiveness, safety and ease of use. Therefore, by the overall therapeutic effect, Miaser may be recommended for the treatment of disorders of the autonomic nervous system in general medical practice.

On April 14-15, 2016, a scientific and practical conference with international participation “From specialized psychiatric care to the mental health system” was held in Kyiv. As part of the conference program, a symposium was held on "The European Vector of Reform in Psychiatry and the Development of Forensic Psychiatry", dedicated to the issues of reorganization of psychiatric service in Ukraine, penitentiary psychiatry and forensic psychiatric practice. With the financial support of Farmlyga, it became possible to participate in a symposium of leading experts from Holland, Georgia and Lithuania. The experience of Lithuanian colleagues is extremely important as it exemplifies the successful reorganization of psychiatric service in post-Soviet countries.

Art that unites everyone. Health of Ukraine. Thematic number. December 2015

On November 5-6, 2015, at the Ukrainian House, was held a biennial entitled "Diagnosis: Artist" within the framework of the All-Ukrainian Project "Uniting All!" , where paintings of patients of psychiatric hospitals were displayed together with paintings by famous Ukrainian artists. The organizers of this project are the Ukrainian Research Institute of Social and Forensic Psychiatry and Addiction of the Ministry of Health of Ukraine and the Association of Psychiatrists of Ukraine. The event was supported by the Lithuanian pharmaceutical company Farmlyga and the Lithuanian Embassy. The purpose of the biennale was to demonstrate the creative potential of people with mental health disabilities and to draw public attention to the needs of these people and the importance of integrating them into society. 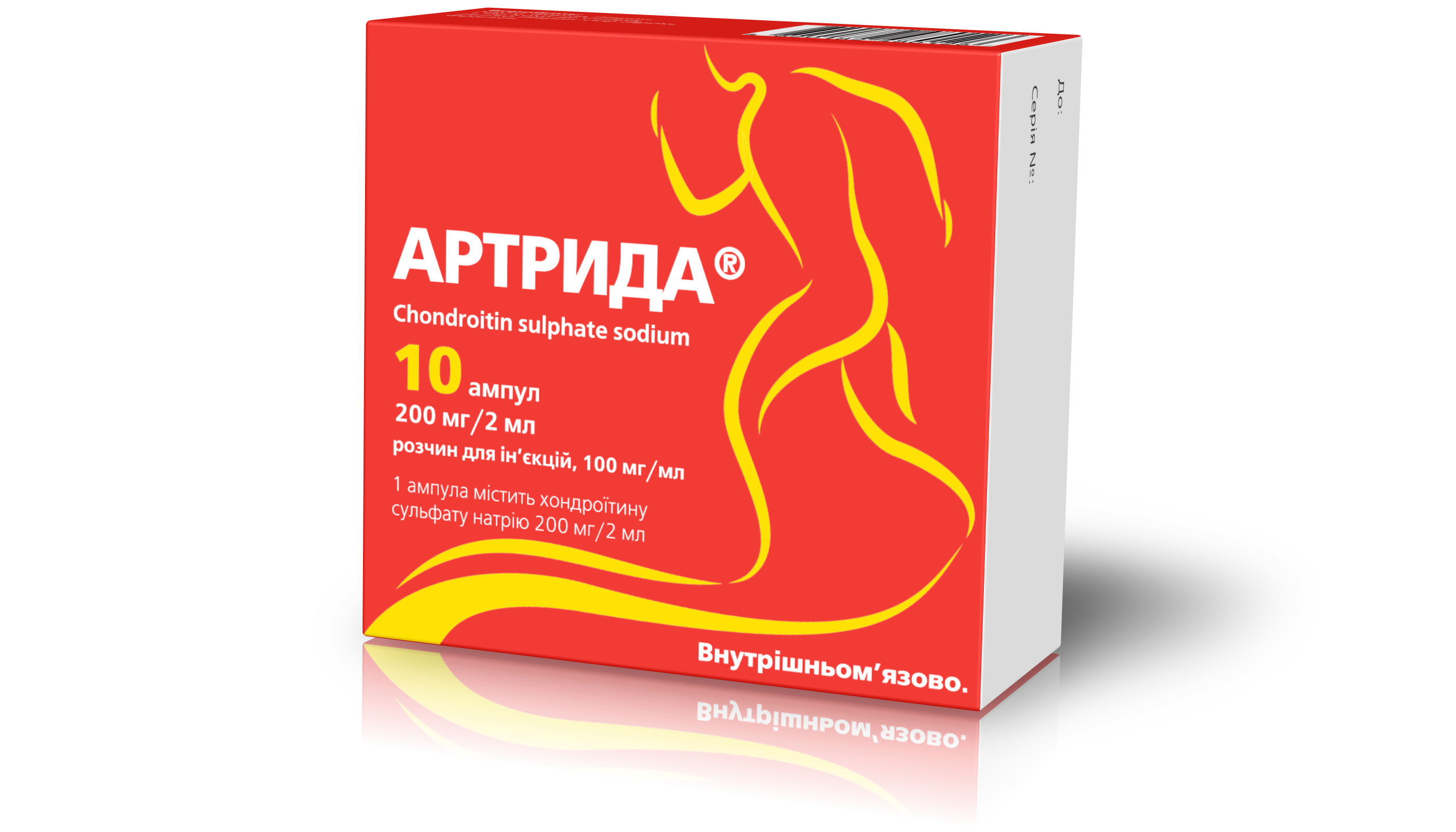 Summary. The article is devoted to the treatment of patients with chronic recurrent pain in the lower back. The data of a study of the clinical efficacy and safety of the drug Artrida ® are presented, the use of which in complex therapy at the time of exacerbation and the presence of topical pain syndrome allowed to reduce the time and dose of non-steroidal anti-inflammatory drugs, and also helped to improve the biomechanical parameters and functional ability of patients. 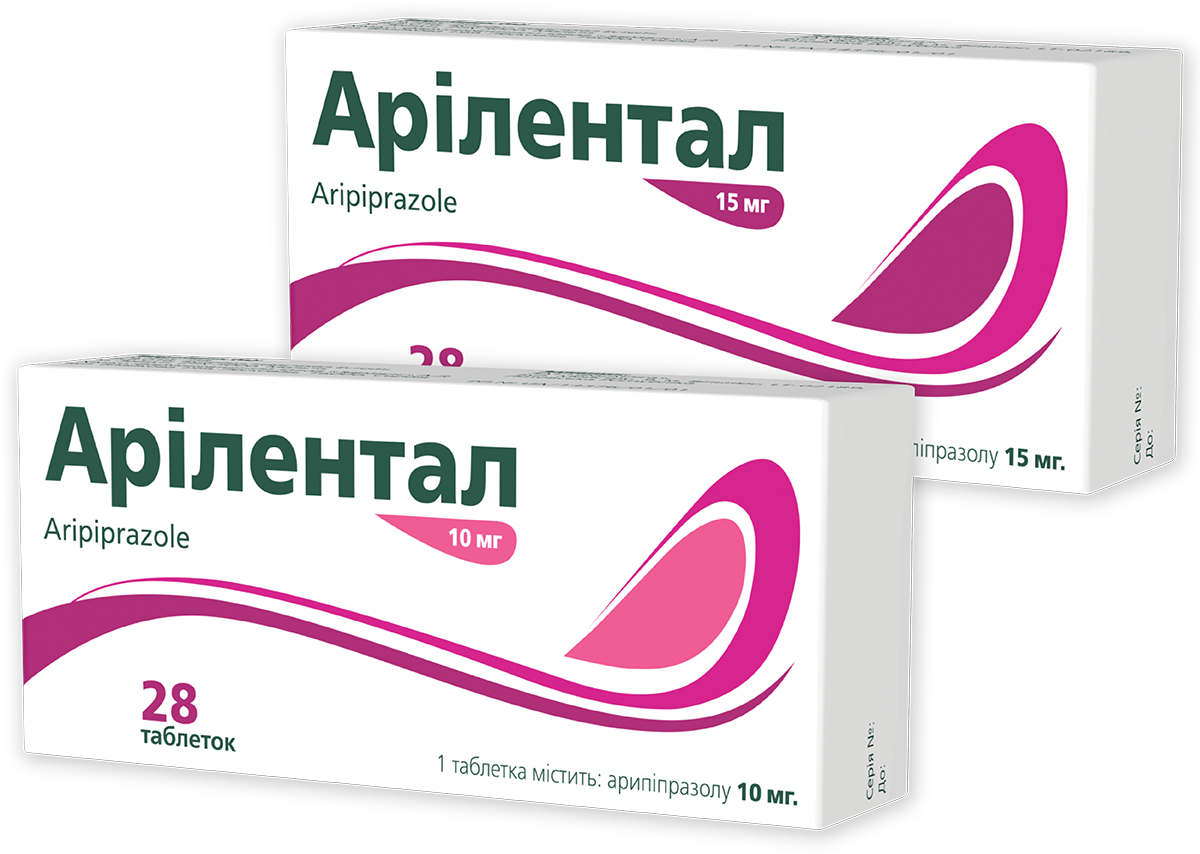 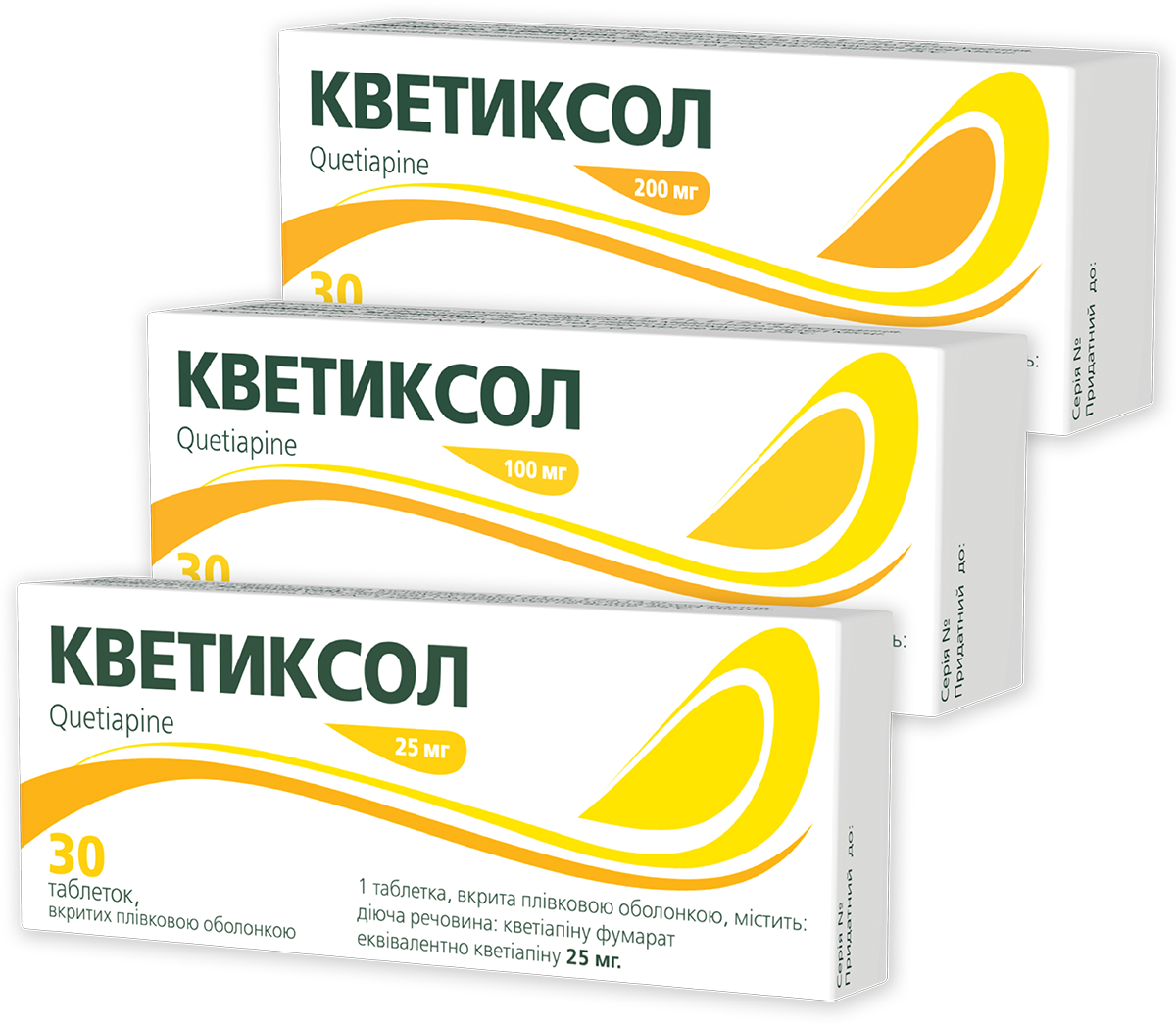 The use of atypical neuroleptics in the practice of a family doctor. O.O. Haystova. Neuronus №8 (82), 2016

The use of quetiapine is appropriate for insomnia monotherapy in patients with anxiety and depressive disorders, chronic somatic diseases, including the elderly, at an initial dose of 25 mg. The presence of Quetixol (25 mg), a clinically bioequivalent original drug, makes it convenient and affordable to treat patients in this category. 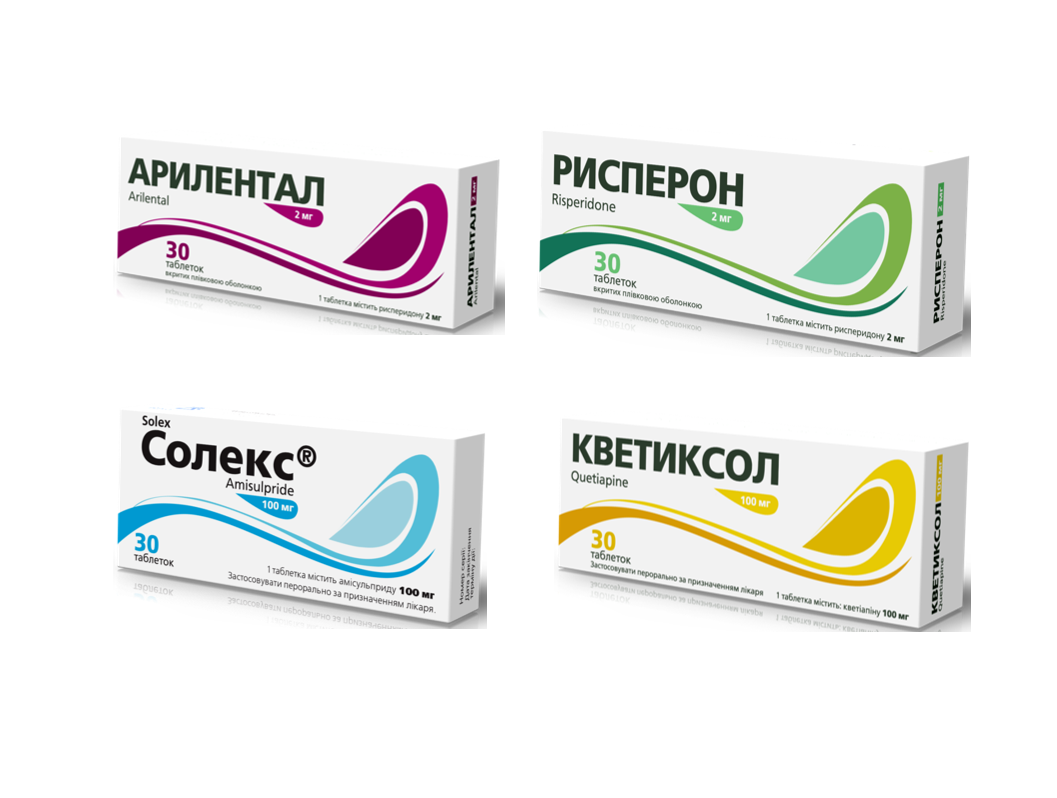 A considerable number of generic antipsychotic drugs are presented in the pharmaceutical market of Ukraine. However, the practitioner should pay attention to confirming their bioequivalence in volunteer-led research (clinical bioequivalence). Examples of products with proven bioequivalence in the Ukrainian market are Farmlyga products: Arilentals (aripiprazole), Risperon (risperidone), Quetixol (quetiapine) and Soleks (amisulpride). 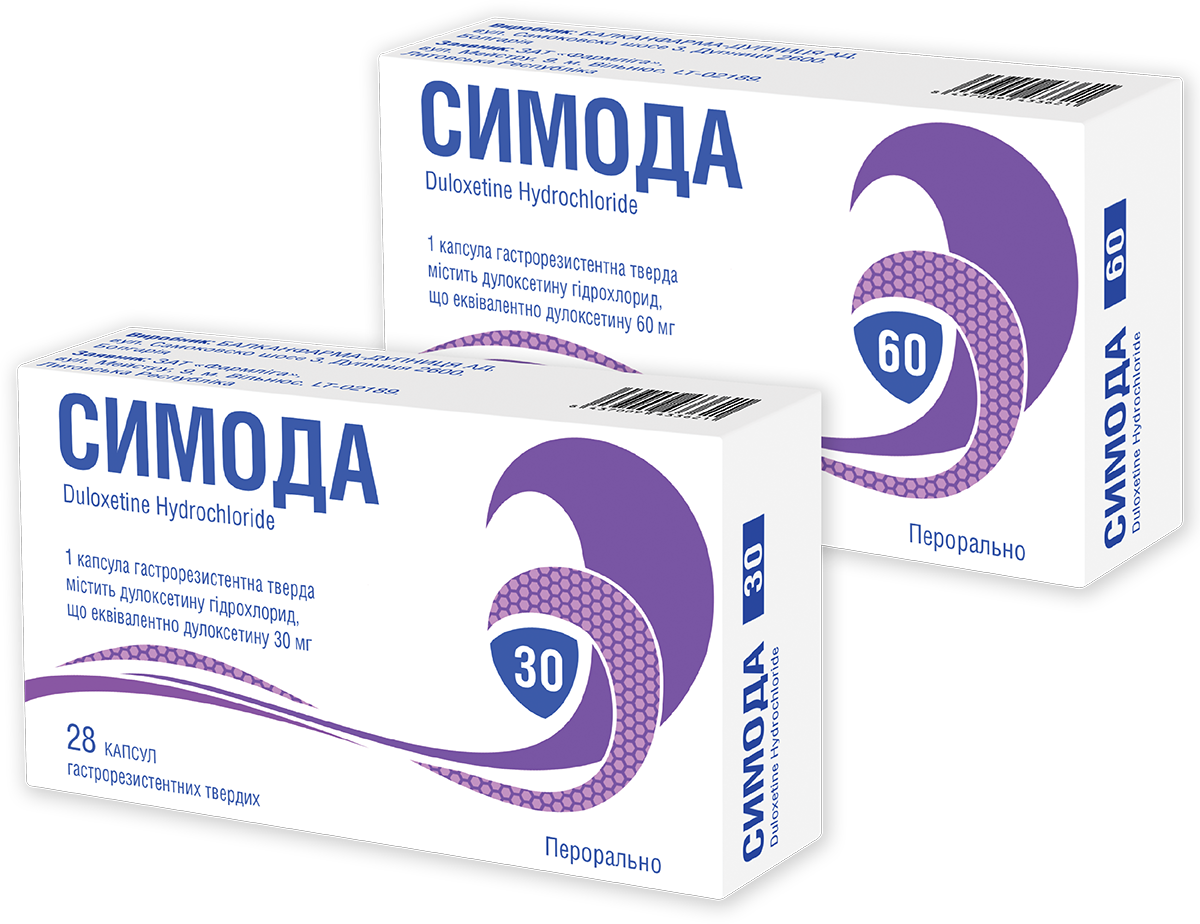 List of clinical referral sources according to the recommendations of the Ministry of Health of Ukraine.

World science is out of place and Ukrainians should not stay out of progress. The clinical guidelines we offer are constantly updated. Please use them. ”Ministry of Health of Ukraine, quoted from https://moz.gov.ua/article/protocols/test3

Psychosomatic disorders in patients with allergodermatoses and their correction. E.F. Kutasevich. Dermatology and Venereology. No. 1 (83) 2019.